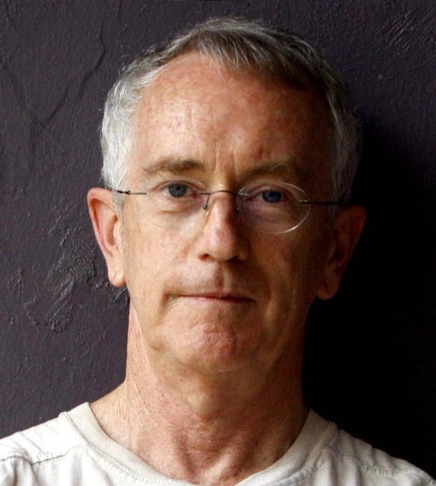 What was the nature of their innovation and how did it contribute to humankind? Steve Keen for modelling dynamic disequilibrium money circuit models and Minsky instability. This was the first qualitative fully dynamic macreconomic work that successfully revealed underlying dynamical paths via private debt to GDP growth to a Minsky crisis, it was a basis for Keen's prediction of the GFC of 2007/8.

Not just for economists but also the layperson, Prof. Keen makes economic sense for all those concerned for our society. Following the surrender by politicians of social, taxation and economic policies to the financial sector 50 years ago, the working class has had few champions. He deserves a much more comprehensive award for being the best.

Keen's work highlights the role of credit (growth in private debt) in money creation, and the effect of money creation on GDP growth/decay.

Keen's book 'Debunking Economics' is the best overall guide to the numerous fallacies in conventional economic theory. He has developed an excellent Systems Dynamics software ('Minsky') that is far superior to the DSGE method for modelling the economy.

See supporting detail in my book. The Truth About Economics, Critical Thinking Guide for Students, Parents, Teachers and Citizens.

Prof Keen has been a force for good. Correctly predicting the financial crash and dispelling economic myths which hold our society back, He has inspired many to take on a subject that was formerly beyond their reach.

Keen's models are consistent with empirical data, specifically with regard to the strong correlation at the national level between the second derivative of private debt (i.e. the rate of change of credit, where credit is the rate of change in debt) and GDP growth(/decay).

Keen's model is consistent with the definition of money as work done, which I have been arguing for a decade. Not a redefinition. Money has *never* been properly defined. So his development of Minsky, the program that brings dynamic analysis to economics and his inclusion of energy as a factor is in fact, a revolution that must occur. Minsky is a vital tool for economics in the next decade.

If the imperative for societal progress is to suitably tame financial capitalism then Keen’s debt dynamics work is essential tool. It’s precise and stands independent of political and personal morals so can profoundly influence people of all persuasions and backgrounds. As a non-economist I find too much economic thought (across spectrum) to be a projection of personal beliefs and politics and so lacking Keen’s objectivity and universal persuasiveness.

Steve is doing the practical work that will soon convince the naysayers that the economic paradigm is broken and needs a huge nudge in a new direction. Interestingly and contrary to what the mainstream would have us believe, the ideas he's promoting (with others) are not new but have been drowned out for too long by the deafening noise of the 'consensus He's clear concise and pragmatic which is what captains of industry, politicians and most importantly lay people like myself, need!

Keen is developing tools and theories to bring macro forward into a dynamic, non-linear system and away from models that neccesitate equilibrium. His efforts seem to fix one of the deepest issues with neoclassical macro - it's faulty ontology. His work is also empiric in nature and he is a prolific figure in educating the public debate.

Steve Keen’s modelling of dynamic disequilibrium money circuit models and Minsky instability should be prefaced with a reading of “Debunking Economics” for the uninitiated. “Debunking Economics” shows the theoretical flaws inherent in mainstream micro and macro economic text books, which eventually leads to his work on dynamic disequilibrium models.

For restoring accuracy to history. For teaching forgotten economic history. For discovering economics is as complex as weather & is, yet, as forecastable. For caring for humanity by teaching what is possible with MONEY, our greatest social human tool invented. For finding the foot hold of FDR's last path: PEACE...[an] end forever, to this impractical, unrealistic settlement of the differences between govts. by the mass killing of peoples…” For simple, practical, reasonable hope for human kind.