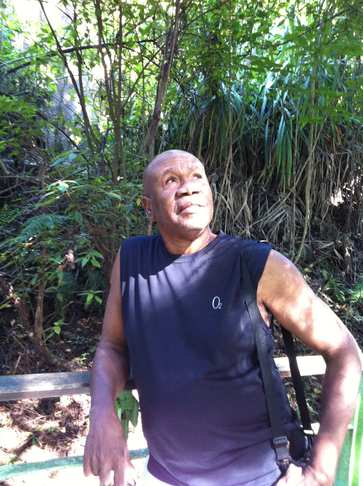 What was the nature of their innovation and how did it contribute to humankind? Most, if not all Homo sapiens attempts at managing its economies and civilizations have failed. It is time for an entirely new approach - an evolutionary approach; not one based on yet-another Nobel prize (or not) driven economic theory but on Evolution's proven survival-driven rules and patterns. To survive, all Homo sapiens' economies and civilizations must become survival-driven - as opposed to driven by profit, market growth, greed and personal gain. Here then is a reminder of evolution's survival-driven approach at work - Long before Homo sapiens developed its ability to adapt and innovate, evolution had been busy doing some innovating of its own: innovating a planet with sustainable-capable habitats that can last for billions of years in order to ensure the evolution and sustainability of complex animal life and emergent intelligent species like Homo sapiens. Like the ultimate long-term investor, billions of years ahead of everyone and everything else, evolution began preparing by plowing resources into the galaxy. First it selected the right type of star that can last the billions of years it would take for life to go from slime to ape-man to spaceman, and then, hopefully, to evolutionary maturity; ensured it was a mineral-rich, rocky planet with a moon to stabilize its orbit and with outer-orbit planets to shield it from incoming; placed it in a stable orbit in the habitable zone of its star; supplied it with running water on its surface and an oxygen-rich atmosphere with an ozone shield to block DNA-destroying UV and gamma rays; and provided a temperature range suitable for complex animal and human life. Some scientists think finding another planet with a significant fraction of these Earth-like attributes is probably unlikely. As if that were not enough, evolution went on to ensure that the chosen planet would have access to a perpetual and comparatively safe source of renewable energy, clean air, clean water, lots of organic, natural, renewable food sources, and natural habitats filled with renewable and recyclable materials that can be used and reused from one generation to another - all for no charge. Then it went on to populate it with a range of habitats and ecosystems and a menagerie of species as it's life support system and enabled one, an emergent intelligent species - Hominins and thereby Homo sapiens - unlike all others, to evolve the ability and freedom to choose its own evolutionary outcome. It can choose survival by evolving to evolutionary maturity (beyond the point of self-extinction) and go on to populate the stars, or, it can fail to choose to evolve to evolutionary maturity and go extinct, and potentially taking 4 billion years of evolution along with it. The choice and change needed is not about new economics, but about a new way to live on earth - a choice between Civilization or Ecolization - an evolutionary way to eke out a living our hunter-gatherer forebears followed for millions of years without driving themselves, others species and the planet to the precipice of extinctions as we seem to be well on our way to doing today. Sounds like a nice yarn, but for the fact that most of the above have already occurred, except for the bits about self-extinction or survival by evolving to evolutionary maturity and going on to populate the stars. What a track record? It's hard to come up with any Homo sapiens approach hitherto that can do better than Evolution's Survival-Driven way to eke out a living without destroying habitats and ecosystems, other species and one's own species in the process. Excerpt From: Samuel Layne's book. “Survival: Evolutionary Rules for Intelligent Species Survival.” Request an excerpt at samuellayne@samuellayne.com

Most, if not all Homo sapiens attempts at managing its economies and civilizations have failed. It is time for an entirely new approach - an evolutionary approach; not one based on yet-another Nobel prize (or not) driven economic theory but on Evolution's proven survival-driven rules and patterns