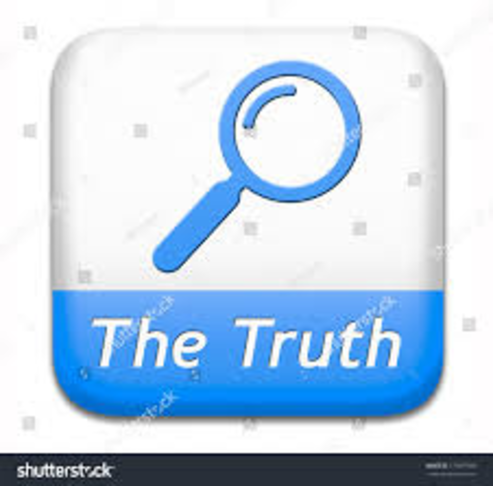 In his famous 1974 commencement address at the California Institute of Technology, Richard Feynman urged the students to practice “scientific integrity,” “utter honesty,” and to “lean over backwards” so as not to “fool ourselves”. I believe that this holds for teachers of economics as well. Economists should be held to professional ethics, like other professionals. This means no deception and that students must be made keenly aware of the limitations of real markets as opposed to imaginary ones.

This is related to the subject of pluralism. To be utterly honest we should express all of the "Big Picture". But this involves so much material that it is virtually impossible to be completely honest here. Some ideas have to be assumed as being correct rather than having the reasons for them spelled out. So the new curriculum should be aiming at is to be less honest, but more general in its approach. My proposal for a major subject of macroeconomics with several branches on its vital expression😎

...employers do not seem too happy w/ mainstream education. Saying students must learn the basics first is also not a sufficient justification for such 'dishonesty'. Teaching the basics first makes sense. The question is, again, whether what is considered the basics in mainstream curricula is a good base for gaining an understanding of the economy. Even if – how much time does one need to spend on the basics before moving on? Especially during a masters. Either way agreed, honesty is important.

I agree. If economics was to be taught in a dishonest way, why then teach it in the first place? Economics students should and can learn to deal with the plurality of perspectives different schools of thought/methodologies bring to the table. Deceiving them into believing that there is only one way of investigating economic phenomena (eg conceptualising imaginary market models around rational agents who seek to maximise profits) seems to defeat the purpose of teaching.

I totally agree with John Komlos. The worst thing we could do is to set things up that could lead to our being accused of merely favouring theories that suit our political or other values. Economics should be about finding out how the economy works, using the best evidence, not about justifying our viewpoint. Then we can use this knowledge to improve the world. As a researcher, I have sometimes found a conclusion emerges that I don't like. That's good: it means I'm doing "science" not ideology!

David and John, I agree that studying everything at once is not the target here. Feynman's point is about how easy it is to fool oneself that one's way of looking at things is correct - we are all excellent at self-deception (including me!). He is recommending being scrupulously self-critical.

Is there not more to not deceiving than making students aware of the limitations of real markets? All economics courses probably would teach about 'market failure' but surely that is not enough. What does 'scientific integrity' mean in the context of studying economic phenomena? Is this the same as a pluralist approach ie not being limited by methodological ideology?

Self and critical awareness of teachers must be key if they are going to encourage the same in their students. they also have to be open about this with students. I have sometimes heard economists saying that students should not be confused by too many different perspectives as they wouldn't be able to "cope". This seems to be a justification for dishonesty.

I agree with everything until the last sentence. There are many, many more things for economists to do to ensure scientific integrity and professional ethics than simply being aware of the limitations of real markets. Not making up data (or selecting only data you like), starting with the conclusions first and then building a model to "prove them" with arbitrary assumptions, citing the work of only your friends ... the list is huge. We need a course covering all issues in professional ethics.

Steven is 100% right. Utter honesty pertains to everything we do in and out of the classroom and I think it almost captures what is needed to reform mainstream economics. Feynman added that we have to "lean over backwards" so as not to "fool ourselves". That is not easy to do but it has to start with empirical evidence and constant questioning how the evidence squares with blackboard economics. Crucially, we should be able to change our minds if the theories don't benefit enough people.

Not only limitations of markets, but the limitations of science and linear logic. I would say there is a need to repeatedly ask ourselves what do we REALLY understand, and what not. Like an everyday practice, because if you do that you realize how much we were sure to understand but we really didn't. So learning in this way is crucially too an UNLEARNING process

The current crisis in economic knowledge is overwhelmed by a nominalist bias in economic thinking. As a consequence, mainstream economists avoid the dialogue between economic theories and the changing environment of real-world markets not only in academic research but also in policy making. This dialogue is complex and pluralist and it should be considered in any attempt to build a realistic education proposal.

Teresa: the problem is that many academics find ways to rationalize the fact that they are not being utterly honest from the very beginning by convincing themselves that: a) students need to know mainstream economics in order take more advanced courses or to improve their job prospects and if students do not find jobs our revenue sources will dry up; or b) that they need to learn the basics before they can learn about the more nuanced models that include asymmetric information, for instance.

Justifying dishonesty (in the sense of teaching an overly narrow curriculum that deliberately excludes many other approaches to economics apart from the mainstream to the extent that it may be considered dishonest) by saying students must know mainstream economics in order take more advanced courses implies that this is the only possible starting point for learning about the economy; which it is not. The justification that mainstream economics is the only way to get a job is questionable as...

William G. Perry's study of the stages of intellectual development of college students suggests that with careful pedagogy students can move from a black and white view of the world, including how an economy works, to a point where they can comprehend that there are a variety of ways to study economic phenomena. Understanding how students learn help us to "lean over backwards."

Felipe: I agree. i think this is what Feynman meant when he said that we need to “lean over backwards” so as not to “fool ourselves”. We need to constantly compare our ways of interpreting the world to empirical evidence.

David: I do not know what you mean by "all of the Big Picture." Being honest does not mean that you have to talk about the whole economy all at once. it means not misleading, manipulating, or making false statements. We can analyze a part of the whole picture, say the labor market. it is not all of the economy but we can make true statements about it. Perhaps if you gave some examples, your statement would become clearer.