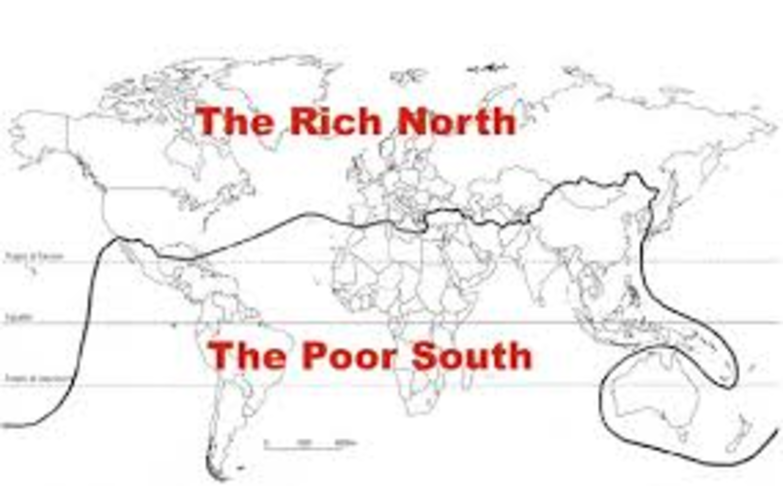 Most pluralism discussions are about "plurality of THEORIES" (Marxism vs behaviouralist vs neoclassical etc) but don't explicitly advocate for "plurality of "APPLIED EXAMPLES". Most curricula draw examples from the Global North & do not add examples from Africa, South America, Middle East, Asia etc. in economic histories & structures discussed. A global South sensitive curriculum is one that draws on the unique history, politics, values, culture & social structures of formerly colonised regions, and how these inform the economic structure of those places. It also means a curriculum that highlights how the world economy came to be and the (unfair) inter-dependencies and power-relations between colonised-colonial countries. Elements to be included in a Global South "sensitive" pluralist economics include: using data/examples from the Global South; featuring Global South authors e.g. Arthur Lewis.

Often, students from the South go study in the North ("it's world class") but come home to find these theories contextually unhelpful.

Context is most important. And context was excluded in favour of mathematized theory. The German Historical School is a case in point of research and approaches that deal with context, as do many other theories.

There are social scientific "laws"/tendencies in economics (increasing returns and Diminishing Returns from a Mercantile point of view or the role of government spending in an economy and its multiplier) that exhibit generalisation. These could but need not be lost...

Capitalism is the ruling form of reproduction and exchange; having increased (on average basis) incomes and production - and so modernity was not rejected by the South, rather colonial or neocolonial impositions of economic forms. Mao & Nabudere on Marx for eg.

Perhaps we might think about how to broaden this very important point. In both what is taught, and how it is taught, pluralist economics must engage with power relations based on class, race, gender, religion and nationality. Some might argue that this should apply to all disciplines, not just pluralist economics. They would be right. But in the current political climate it would be a missed opportunity not to place our discipline at the forefront of this thinking.

In my business and policy experience, the complexity and interconnectedness of 21st century social, environmental and economic challenges, demands a much deeper contextual awareness, and wider-range of economic stereotypes than my neoclassical dominated economics training provided where such as power relations, social values and institutions are all too often ignored as explanatory influences.

Inclusion of perspectives from the 'Global South' links well to the need for a connection to the real world (raised in another point). Students should be able to identify with and link teaching to their lived experiences and their own contexts.